I remember this one so well. A definite favorite of mine. 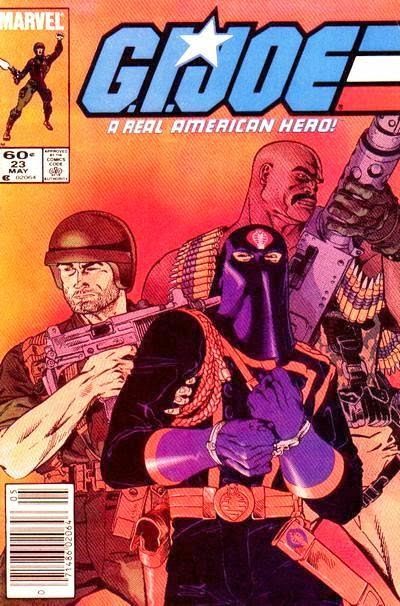 Here are some swell things about it:

Roadblock looks mountainous. And pretty much exactly like Evander Holyfield in his heyday.

Clutch clearly has a dip in his mouth, and he’s about to spit juice over his shoulder, which pleases me.

Clutch could just hold a pistol to Cobra Commander’s head, but no—only an Uzi will do.

The Joes did not bother to remove CC’s hood… because his outfit would just look silly without it?

Other than these logical boo-boos, the dramatic tension in this indelible snapshot of nerd history makes me want to high-five the illustrator.

I have no idea who the illustrator is.* But good job man.

*The illustrator is Michael Golden. (Thank you, Shlong.)