Trick-or-Treat! Swine, Swindlers... (You can surely make this etymological connection...)

I confess I was at Walmart. Even so, I found its selection paled in comparison to Dollar Tree in shopping for Halloween garbage, I mean Halloween candy.

It is all garbage. It is 98% HFCS. If you don't know what that means, you should Google it at once. Especially if you have kids.

But this one caught mine eye in such a way that it invoked a belly-laugh. Similarly, it is both unsettling and amusing that most people I've met don't know Jell-O is made of pigs hooves. So this wonderful treat courtesy of Frankford Candy, importing through Pennsylvania USA from China, is in large part pork. 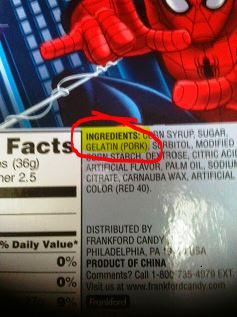 Posted by Waarlowe at 8:09 PM No comments:

Roadkill Has Feelings, Too

My coworker’s friend took this pic near Mt. Washington, KY.

She has no idea who put the balloon there. 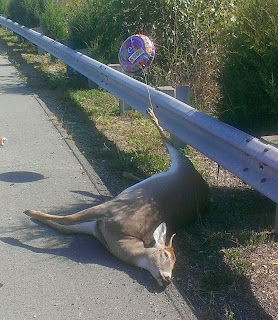 Needless to say, that person was a genius.
Posted by Waarlowe at 9:42 PM No comments:

A friend and colleague of mine—we'll call him Knewton Jackson—enjoyed a robust and enduring career as an accomplished research scientist in spite of being diagnosed with a rare learning disability very late in life known as auditory dyslexia. Most of his weirdest expressions were uttered in conversation, but often he would send emails that left myself and my coworkers scratching our heads and conferring with each other to figure out what the hell 'KJ' was trying to say. In speech, his native Southern accent made things a dash more flavorful (i.e., bewildering).

Enjoy this alphabetized compendium of idiosyncratic oddity and incoherence that I catalogued while working closely with KJ over the span of a decade. [Keep in mind that these missteps in speech are not typos.]


(Note: Dr. Jackson routinely gives generous donations to the Center for Auditory Dyslexia, which he helped establish as an underwriter at his alma mater somewhere in the United States.)


“assy” = obstinate, unwilling to cooperate; (Stated while on a conference call: “The State Department is being assy.”)


“avocado tuna” = “albacore tuna” ("I'm almost vegetarian, but I do eat tuna. Only avocado tuna though.")


“bilingualness” = (On conference call about Peru study: "I surely be concerned about their bilingualness.”)


“blue mass” = a Smurfy blue mask used for cosmetic and facial rejuvenating purposes; (Actual statement: "Can you hear me? I'm conferencin' from my hot tub because of my back injury. And I'm wearing my blue mass.")


“bush fires” = sudden emergencies; (“I will have email and cell phone for bush fires while I'm traveling.")


“case lostage” = to minimize the loss of cases


"close-of-business Sunday" = an era in time during which no [COMPANY] office is open, nor are most offices in the Western hemisphere, but KJ is still working and expecting his colleagues to do the same


“crosswonk" = crosswalk; to compare the reference section of a manuscript to the text for inconsistencies


“finishit” = Actual use in email:  (“…but it will be sometime Friday before I can finishit.”)


“floor plan” = third floor (Actual statement to new research partner: "Our office is located up on the floor plan."


“formular” = new adjective meaning ‘of or relating to a formula’


“4th dimension” = where KJ is going to work before he retires


“gluke” = ‘glute’ or gluteus maxima; (“After spinnin’ I got on the treadmill and now my gluke is hurting.”)


“halo effect” = contamination of study, for lack of a better metaphor


“high or hell water” =  barriers to submitting a manuscrip' on time


“hold-handelin'” = a combination of hand holding and man-handling?


“house poor” = the condition of being able to afford three mortgages simultaneously, one of them being contingent on the renewal of a not-for-profit government grant; ("We are 'house poor' with three homes, so the one in Alastika might have to go if we do not get our competitive renewal.")


“humanity” = humidity (“It’s about 75 degrees in Alaska right now, but they have low humanity up there.”)


“implode the soil” = plow the soil


“get the ketchup” = a state of failing to meet deliverables/deadlines; (“We are way behind. Now we're just playing Get The Ketchup.”)


“linealar equation” = a linear equation, according to KJ


“Mister Meander” = a crime of lesser gravity than a felony; ("They can't report whether it was a felony or a Mister Meander.")


“nitty-gitty” = details that KJ does not want to have to deal with (c.f., administrivia)


“Ohh, I see…” = I’m finally looking at the same thing you are and logically processing it in the same fashion


“on one leg” = to be one one leg is to be very tired; “My plane gets in at midnight Thursday, so Friday I’ll be on one leg.”


“out of pocket" = working at home on [COMPANY's] time


“peese” = piece; excerpt or section of a manuscript


“phenomenous” = synonymous  (e.g., “The two things are not phenomenous in my mind.”)


“pissin' match” = another place KJ doesn't want to be.  ("Now, I surely don't wanna be starting a pissin' match with the State Department.")


“Porkucheez” = Portuguese; (Actual statement to Brazilian collaborator: "This is Jackie. She speaks Spanish but not Porkucheez.")


“projek" = project; what one is working on


“quasi-arbitrary” = not quite arbitrary, but close enough


“re-impurse” =  Actual sentence in email:  “I don't think the State Department would re-impurse us for hotel rooms that cost $276 U.S.”


“rendezvous-up” = to meet a colleague before a meeting


“ruggedize” = to make stronger; to reinforce (“Kathy and I decided to ruggedize our house in case of an earthquake.”)


“Startract” = Star Trek; (Actual sentence in email: “I guess you did not watch the Startract T.V. series or see the movies. The Captain always referred to his #2 person as #1.”)


“Steve Kenblen” = when you’re not sure which Steve you need: Steve Kennedy or Steve Shamblen


“stool” = a survey ("The question is: Which stool did you use to collect data from schools?")


“tit bits” = tidbits (In actual email to Paul: "I am only getting tit bits of information at this time.")


“tracted” = tracked (Email: “Here are my edits (tracted changes) for your results sections.”)


“tweet” = tweak (“I tweeted the buhjik so it would work for Tennessee.”)


“udder” = uterus ("I know Cynthia is out next week, getting her udder removed.")


“vaselinin’”  =  Definition unclear.  An abstruse combination of “vacillating” and wrasslin’. (“Ohh, I was on the phone with Katy Binkley vaselinin’ with her about the proposal.")

"water on the dam” = water under the bridge


“wing it” = to do a job without the immediate assistance of Jackie, Jude, John, Chris, Lacey, Dave, Steve, or Bill


Actual sentence in email from KJ:
“I think we to meet with ascertain the information that we have/need from the clients selected but were not interviewed.”

Actual sentence in conference call from KJ:
“I’ve got to go. I got domestic things…  I got my partner breathin’ down me.”


Another actual sentence in conference call from KJ (first thing he said to start the meeting):
“Awwm…  Am— Am I on the right call?”


Actual sentence in email from KJ:
“Matt and Linda, you should start on the other sections minus 5, which is the one I am smuggling with. We are running out of time.”


Actual sentence in email from KJ:
"This is virgin ground so let’s tap it first."

Actual sentence in email from KJ:
“I am tied up trying to finish something for the AK study before catching a fly at 10:30 a.m. this morning.”


Actual sentence in email from KJ:
“Kristen, I just say an email poop up from you so you decide.”

Actual conversation:
Claire: “So do your allergies bother you when you go peak bagging1?”
KJ:  “Well, not too bad… But I did just now come inside and douche.”
Claire:  “What?”
KJ:  “You know, used my Netti pot.”

[1] peak bagging:  long hikes to the tops of small mountains

Actual letter on letterhead to Thom Bxxxxx at the State Department:


Here are ten copies of our article. We found out today that the reason we were not sent a hard copy issue was because the journal is an on-line only journal even though it is a peer review journal.  This sucks, but it is the best we can do.


KJ’s Florida vacation experience:
We have stocked up on food and took a peek at the golf course about 50 yds from the condo. It is a short course, which is good for improving the short course; there is water of course.


Special guest appearance by Matt accidentally typing Knewtenglish (from an email):
“I ask denise how the trainament was going.”


Actual sentence in email from KJ:
I developed a platelet for crabs when I was on the U of MD, College Park faculty in the 1970’s. Although my diet is now 98% vegan, I do eat some fish and seafood as part of a macrobiotic diet, which says a little fish is okay.


Actual statement to Shawna discussing analysis in the Brazil therapeutic communities monograph:
“The problem is you’re thinking too logically. This is not a logical process.”
Posted by Waarlowe at 9:01 PM No comments: 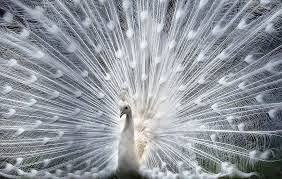 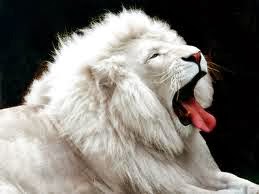 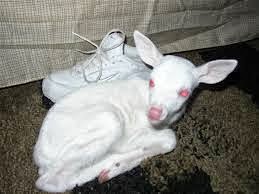 4) Sea Turtle:  Actually, this guy should be pushed up a few pegs because he doesn’t have pink eyes, which would be extra-weird on a turtle. 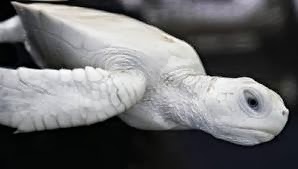 5) Hedgehog:  Do I pet it? Or douse it with BedHeadTM first? 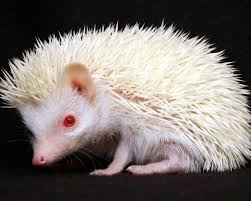 6) The Pumpkin:  They’re supposed to be orange for a reason. 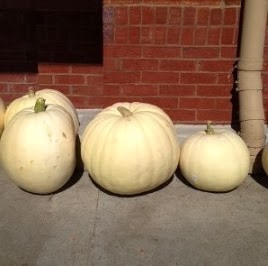 7) Porpoise:  Or maybe this is a beluga whale.
Doesn’t matter—you can trust it not to eat your kid. 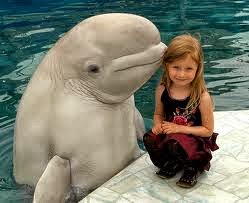 8) Whatever The Hell This Is:
(It is shocked that it’s only number 8 on the list.) 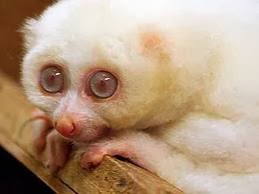 9) Squirrel:  One bit me—an actual albino squirrel—
bit me in the courtyard of my college campus once.
He was really easy to point out to the horned owl living in the clock-tower… 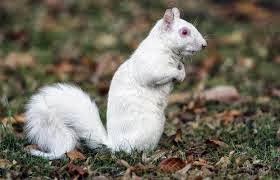 10) Alligator:  Alligators move only when they have to.
So it doesn’t help that this one looks like he’s made of marble. 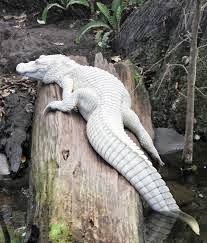 11) Lobster:  When you boil it, it still screams in ear-splitting,
soul-wrenching agony like a regular lobster. 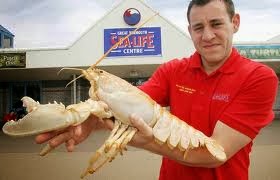 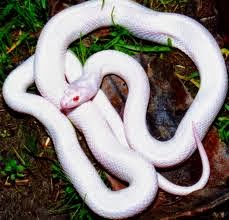 13) Catfish:  It’s like a flaccid alabaster penis with razor-sharp whiskers, plus triangles.
…And why is this guy so good at catching albino marine life? 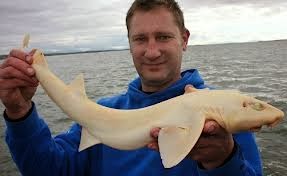 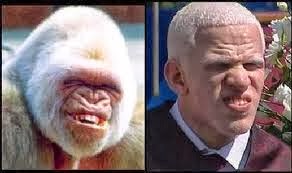 Posted by Waarlowe at 8:54 PM No comments:

Wow. Sadly, the USPS, who employs over half a million hard-working people, has to do nationwide damage control over the negligence of that one despicably lazy employee. If I were a career postal carrier, I would say, “Thank you, you fat lazy slog for besmirching our reputation as a time-honored and essential government institution. …And thank you, CNN anchor-ho, for failing to remind Americans that one bad apple rarely embodies the bunch.”

If I were a postal worker, I might go postal.
Posted by Waarlowe at 8:08 PM No comments:

I was an usher at this event. 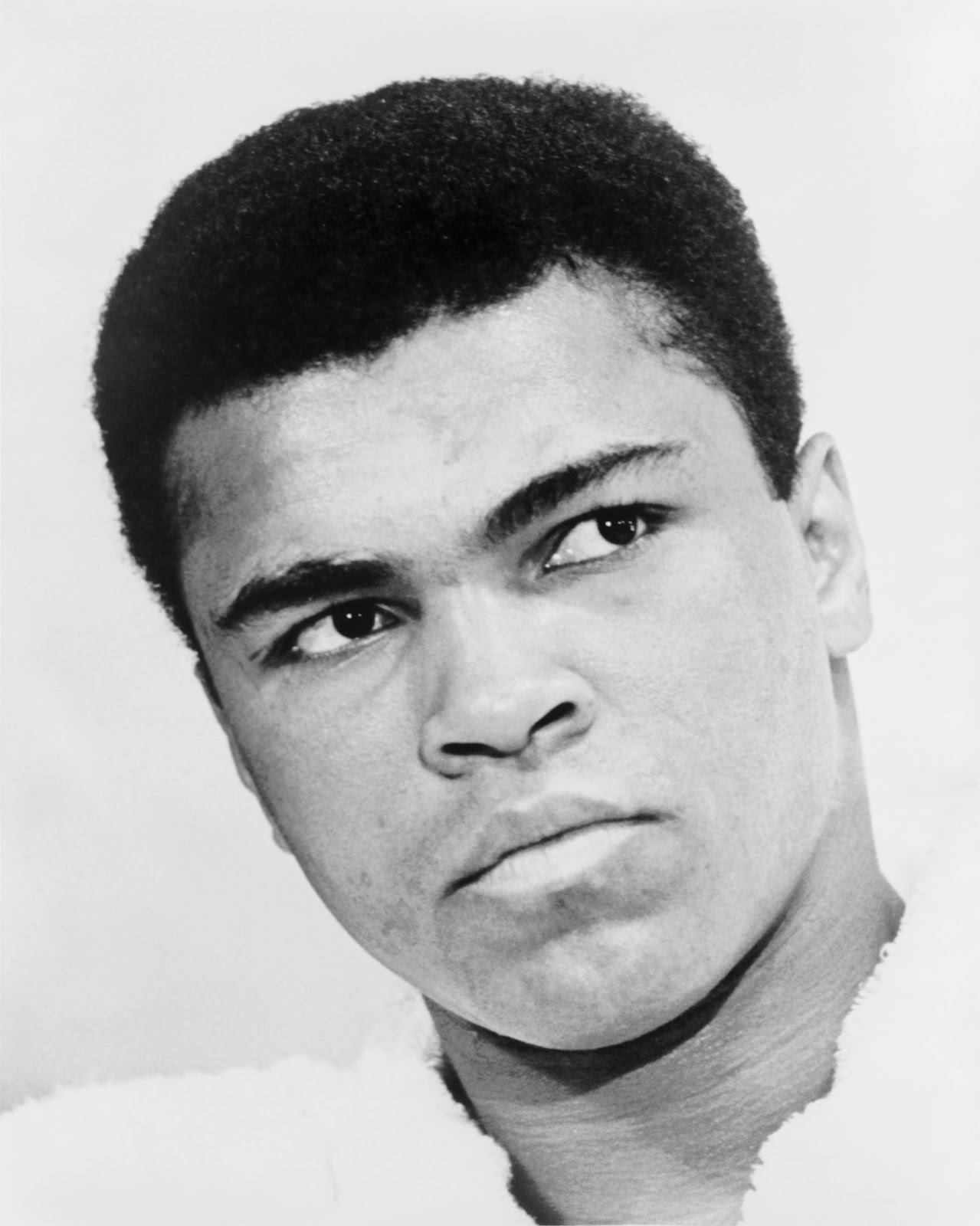 The venerable Mr. Ali chose Christina Aguilera as a recipient, so I believe he believes her heart's in the right place, and maybe it is. But I had to wonder, along with 3,000 other attendees, that if this is the “voice of her generation,” then her generation might want to take a course or two in elocution.

I can’t even watch it again. The phoniness kicks in around the :03 seconds mark, and then it’s another 349 seconds of unbearable gushing… that seems to last 20 minutes. Ickchch...

Posted by Waarlowe at 9:18 PM No comments: