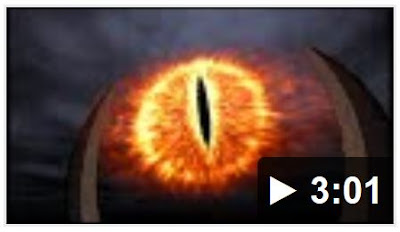 Your Part In Buffoonery

You awake in fetal position, shivering, woefully naked. This is how John Connor must have felt after time-traveling in the original Terminator. Crumpled beneath sunlight slanting through a big, arched window, you hear the occasional ding of a bell, like you might hear at an historic hotel’s front desk. That’s because, you’re suddenly aware, you are in the corner of a mezzanine in an historic hotel. The Seelbach in downtown Louisville. Where Fitzgerald would carouse in the mahogany-walled Rathskeller, where Capone would broker bootleg deals in clandestine chambers and call the place haunted.

It takes you a minute to unravel yourself and get to your knees. No one around, thankfully. But time travel cannot explain this. More like a disorienting bout of somnambulism. This must be the case, because last night you were the Best Man at Kenny’s wedding.

You do remember going to bed, your room lined with leftover bottles of Maker’s Mark and cases of Miller Lite from the reception. You remember Lisa, the Maid of Honor, comatose on the pillow next to you.

First, you army-crawl toward the mezzanine rail to peek down into the lobby. A pretty girl answers phones at the black granite countertop twenty feet below. An elevator bell chimes. A man in a tailored suit and shiny shoes clops across the marbled floor, a newspaper tucked under his arm. The pristine chandeliers mock you.

No choice but to slink like an octopus back to your room. Room 605. You know you passed out in that room, and Lisa will surely let you back in. But what if she thinks you ditched the room as she slept and won’t let you back in? Worry about that later. You’re still four floors away.

You scan the area for an EXIT sign above a stairwell because elevators often have people in them. …Idiotically, you can’t find a stairwell. You sigh, standing at the elevator doors, covering your junk. Push the button: see what happens. Empty. So far so good. The coast is clear all the way to room 605 where you knock gently, whispering, “Lisa!”

Nothing. Your inconspicuous knocks escalate into muted pounds, but this goes on fruitlessly for a long three minutes and you start to wonder if you have the wrong room. Craning your neck, you consider knocking on random doors… then you reconsider. Near a stairwell, you find an in-house phone. Oh—there’s the stairwell.

The phone is only good for ringing the lobby, so you ask the pretty girl at the front desk to call room 605 and tell Lisa to let the Best Man back in. Pretty Girl says she will; crisis averted. You thank her and head back to the door of 605… which Lisa does not open.

This process of phone-to-door skulking repeats thrice and by the fourth time you buzz the front desk, Pretty Girl is annoyed with you.

“Sir, there’s still no answer. She’s either asleep, or the room is vacant. We can send someone up—”

Hanging up, you dredge your mind for the newlyweds’ suite… yes, number 708. But the seventh floor is inaccessible without a special elevator key for the Concierge Club, and you don’t have that. You have nothing, in fact, except your hands to cover your chilled and shrunken giblets. Back on the elevator, you try the seventh floor anyway. Maybe you can outsmart the elevator by pushing the ‡ button repeatedly.

The elevator is an intellectual titan compared to you. It takes you down to ‚ and back up to †, three times. Whenever the elevator doors open, they reveal no one—and you start breathing again. Eventually, though, you find that you don’t even bother to cover your crotch on the elevator junket. You just fold your arms across your chest like someone who’s been bamboozled—as if confronting a dishonest mechanic.

An unscheduled stop. The elevator opens on … to a uniformed bellhop in his late teens holding a Courier-Journal. You cover your giblets and shrug. Who knows how big the boy’s eyes are normally, but they’re huge now.

“Yep,” you say, nodding. The Bellhop boards the lift and punches DOOR CLOSE.

He graciously hands over the morning paper and declares you could get booted out of here.

Again, you sigh. “Kinda figured as much.”

You attempt to envelope your fore and aft with the newspaper. “Room 708, please,” you say, forcing a smile.

“You know you’re on the service elevator, right?” says The Bellhop. It’s evident he isn’t sure whether to be amused or frightened. But he is clearly sympathetic; he doesn’t even ask what the hell you’re doing.

On ‡, you amble down the hall behind him. A septuagenarian wearing tight shorts and a terrycloth shirt passes by. What a fine day this is for the old guy. He has a spring in his step… he’s on his way to the continental breakfast.

“Morning,” he says, with a polite nod. He even winks. He drifts by casually—as if you’re dressed in slacks and an oxford, rather than wearing a makeshift newspaper skirt.

The Bellhop knocks on door 708.

Kenny answers, his grinning face aglow. “Hey Kira, come here and take a look at our Best Man!” Then he laughs very loudly for this hour of the morning.

You ask Kenny: “Can I borrow some shorts?” And turning to The Bellhop, you ask, “Want your newspaper back?”

It turns out Lisa is a heavy sleeper. She guffaws an apology…

Now checkout time in the lobby, your savior is doing his bellhop duties and Kenny floats you $20 to give him. The Bellhop still looks a little squeamish but he thanks you and asks you to keep quiet about today. Of course you will. This place is haunted, you remind him. Succubae lure you from bed and pilfer your clothes. You promise him you won’t tell anyone.

Posted by Waarlowe at 6:21 PM No comments: