I missed the Diane Sawyer interview but watched the E! special in which Bruce respectfully (earnestly and affectionately) disclosed to his wife that he was going to transform his entire being into someone else, regardless of every external force in the known Universe. I was moved, and proud of him. Her. 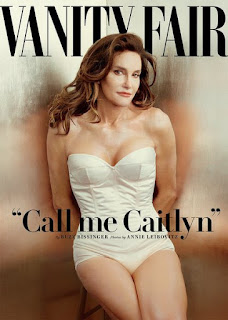 After years of watching Pawn Stars, I learned that memorabilia only becomes significantly valuable after the death of a known celebrity. Living legend stuff just isn't as cool, somehow.

So how does this work? Bruce Jenner no longer exists. A new star was born to the world, ostensibly overnight, at age 65. Even if this eventuality is a flash in the big oily media pan for now, it is to me far more historical than a photo of Bruce running in the 1976 decathlon—because Caitlyn's coming out may make life easier for a great number of people who are inclined to follow suit.

For whatever reason, I’ve had this mostly empty box of Wheaties on my desk for a few years. The sell-by date on the box top reads 22FEB2013. 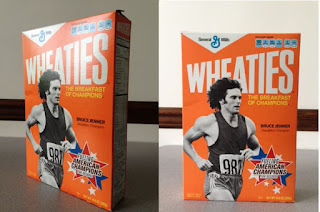 Box goes to top bidder. As a bonus there's still a few delectable Wheaties flakes left inside.
Posted by Waarlowe at 4:30 PM No comments: