My Dog Is An Intergalactic Bounty Huntress...

Springtime 1987. I had survived 6th grade and the summer lie ahead with no homework and no reasonable bedtime. I saved money mowing lawns and bought the original Nintendo console for $150 at Target. (Interestingly, 20 years later, I bought a Wii… for $150 at Target.) No video game indelibly marked my soul like the original Metroid game. And thankfully Mr. Shigeru Miyamoto and crew continued to indulge me with their collective genius for years to come as the franchise grew. 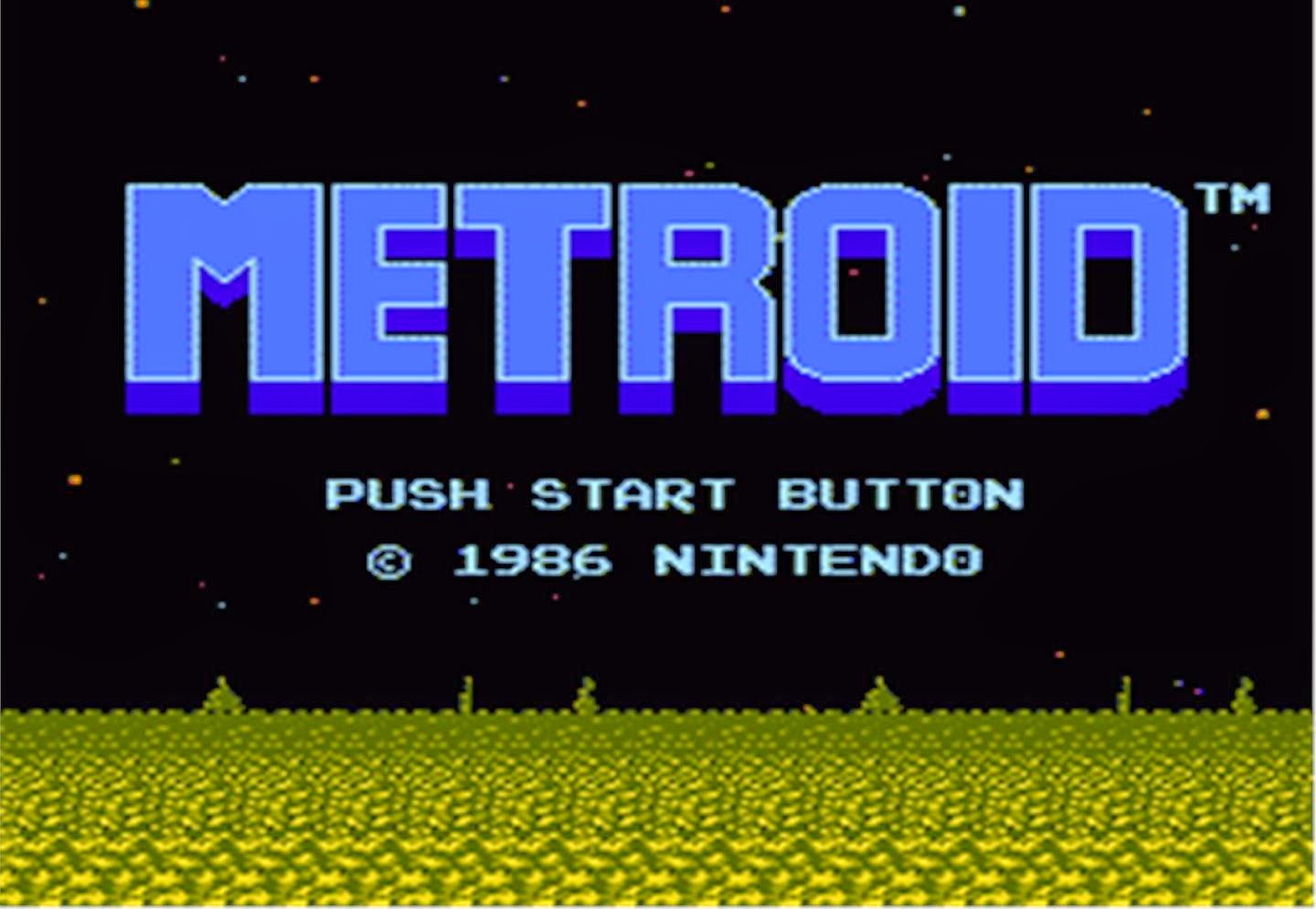 I loved everything about Metroid: its premise, its fluid game mechanics, its inventiveness, its music (especially the music), and the fact that in 1987 thousands of 12-year old boys like me were shocked to learn your hero of the story is in fact a heroine—long before Chun-Li and Lara Croft. But you don’t even know this until you beat the game and she shakes off her Varia cybernetic armor and waves at you, wearing a bikini. Her name was Samus Aran and my dog is also named Samus and she is two (years old).

The appropriateness of Samus’s namesake was coincidental because I didn’t realize how athletic she is until I took her to the dog park. Only one dog is faster: Pepper. But Pepper isn’t nearly the specimen that Samus is. She’s built like an Olympic gymnast. Plus, I’ve never seen Pepper float through my bedroom by bounding from floor to bed to window-chair without making a thump, like she’s wearing the High Jump Boots. There’s speed, and then there’s agility. Samus has both.

She's so fast, that she has speed flaps, as pictured here:

She’s a supra-athlete: like an NFL wide receiver/Greco-Roman wrestler/figure skater who’s as flexible as a yoga instructor—especially when she does downward dog. 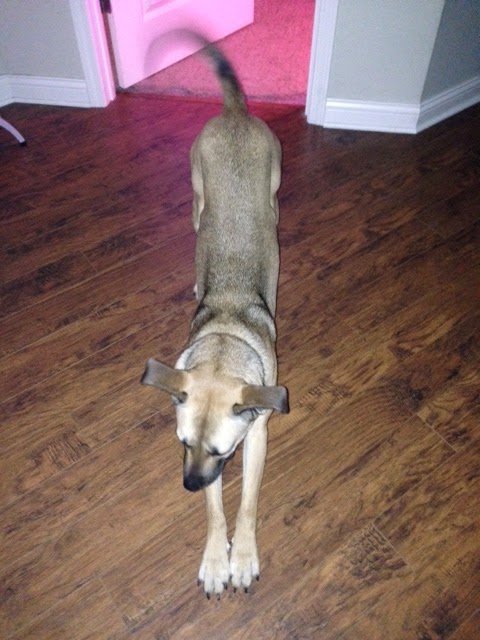 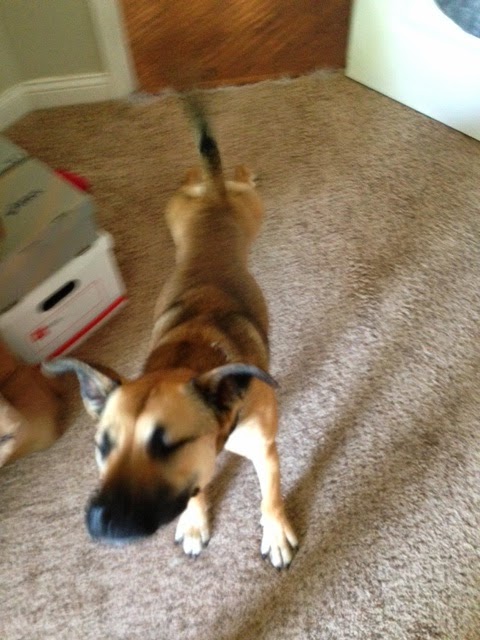 ...Then the other night she was sleeping on my sleeping bag like this: 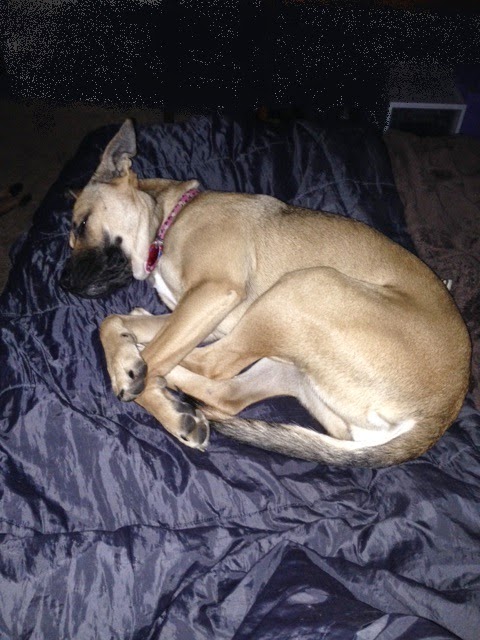 And the image bore an uncanny resemblance to Samus (the intergalactic bounty huntress) whilst on a paused video screen, flashing past bad guys in mid-Screw Attack. See? 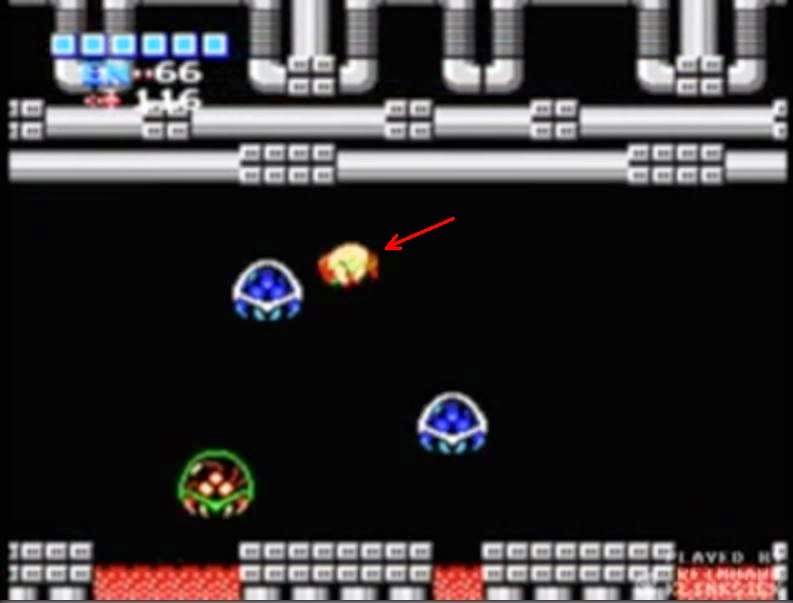 She’s also a swimsuit model. Minus the swimsuit. 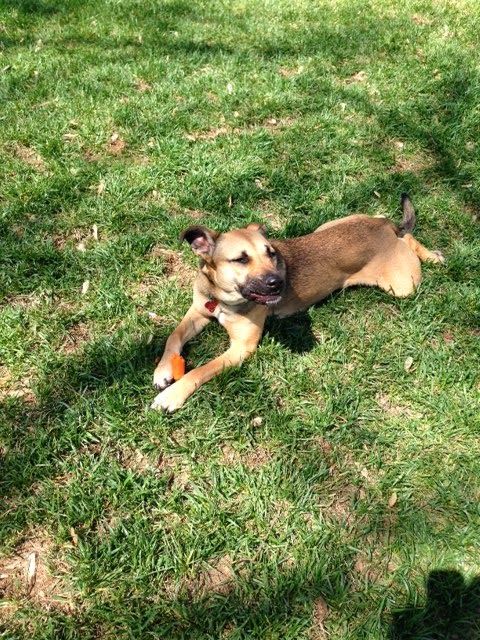 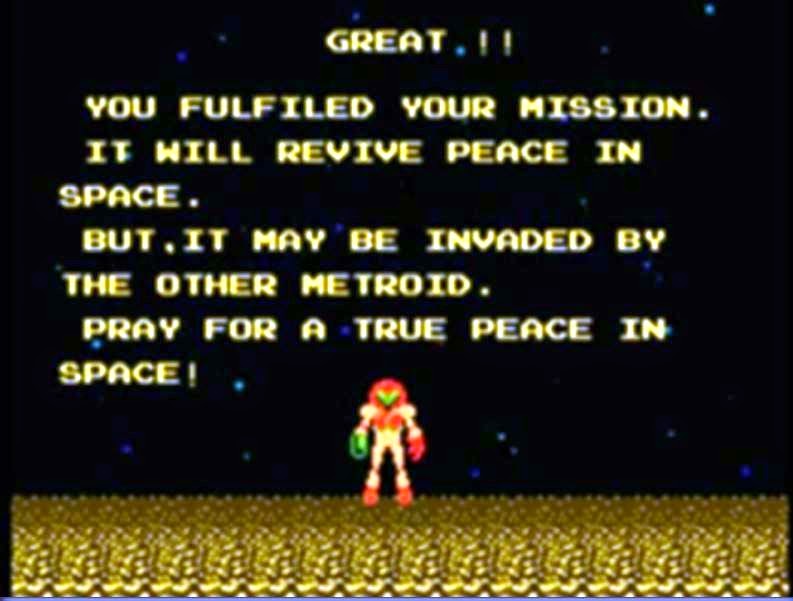 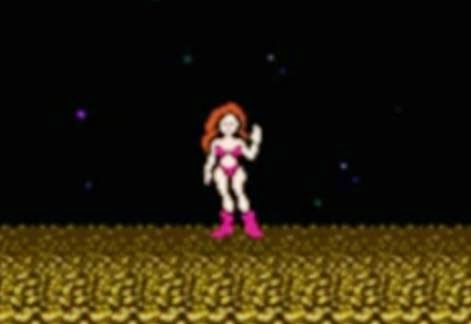