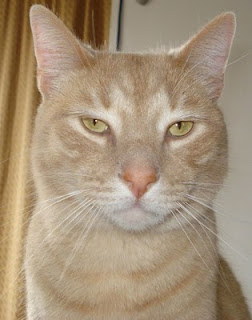 Some of you have executed Google searches on how to properly take care of a schizophrenic cat. It’s not easy, but this guide will provide tips on what to expect in the way of eating, grooming, and sleeping patterns as well as various pathological behaviors.

These cats will find their way into your home because your sister found two orphaned kittens next to a woodpile by her condominium. You will be given no choice but to own them.

The schizophrenic one will be named Kandahar. He will be the kind of creature that snuggles on top of you in bed and licks your hands and arms and chin affectionately. He will appear to be a completely normal cat.

You’ll notice the schizophrenic behavior, however, when you come home after living with him for nine months, and, upon opening the door and approaching him, he flees in terror and hides under the bed. If you wear a hat, or a green sweater, he will run away because for the moment he will have no idea who you are.

The schizophrenic cat will kick around any twist-tie he gets a hold of, slipping and dancing maniacally on your hardwood floor.


The twist-tie will inevitably end up in the water dish. 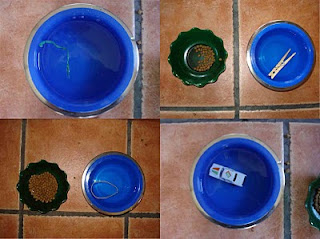 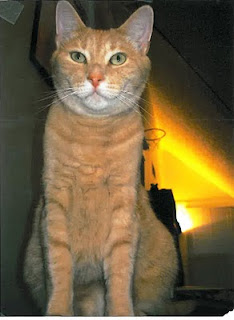 It's kind of mean to say that your schizophrenic cat's brother—named Steeve*—will be a fatass, but it's true. When he sits in the posture of a Sphinx, as most cats do, it will look like Lilliputians are in a horse costume, with one person wearing the head part, and two others wearing the rest of his portliness. Steeve will have the appearance of a cat who is very self-satisfied.

His head will be quite round compared to his brother's head. It will remind you of Cartman, and so will his 'tude. 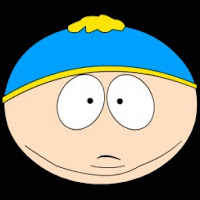 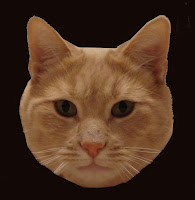 If he has his way, he'll scratch you to pieces whenever you touch his globular paunch that will swing left and right when he saunters over to the foods dish. The notion to declaw him will naturally cross your mind, especially the day after he sticks one of his talons into your sclera whilst you're reading peacefully in your bed at night... but this notion will pass. From there on, out your furniture and skin will be at high risk. You'll learn to live with it.

Also, when you pick up The Steeve, he will take on an awkwardly lopsided and disproportionate shape, much like The Shmoo, except more amorphous. Take caution if you drop him because, as you know, the neighbors downstairs will complain from the enormous thud.

Oh, and to raise these cats, you give them foods three times a day--making sure the Fat One can't steal The Crazy One's foods.

You will give them both plenty of affection and try not to yell at them or push them off the desk because they keep walking in front of the screen while you're typing this knol. 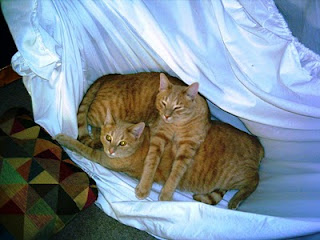 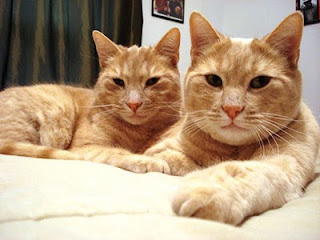